This is a two-part series that follows the stories of two sets of Banks brothers. The first two books follow Edward and Regina and John and Carolina Banks---the parents to many of the heroes and heroines from the Scandalous Sisters Series and Groom Series.

The second two books in the series are about the second generation of Banks men and will follow Elijah and Henry Banks, the twin brothers to Alex Banks, hero from Her Sudden Groom, and Edwina (Banks) Benedict, heroine of Her Imperfect Groom. 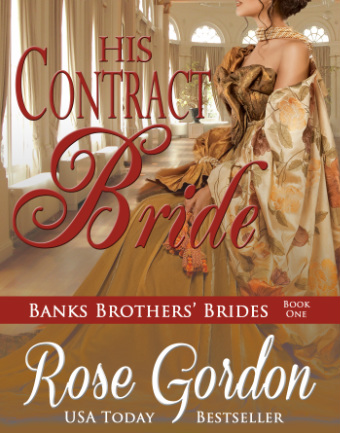 Edward Banks, Lord Watson has known most of his life that one day Regina Harris was to be his bride--but somebody forgot to inform her...

An avid academic and aspiring scientist, Edward is pleased to find that he won’t have to bother with the nonsense involved in courting a young lady.

Young and naive, it doesn't take much for her social-climbing father to convince Regina the gentleman she's to marry has requested her hand out of love, but devastates her when she learns the truth.

Now, it's up to a gentleman who's more comfortable in a conservatory than a drawing room to prove to Regina that she's more than just the proverbial sacrificial lamb that helped gain her family their foot in Society's door and that he--if no other gentleman--is trustworthy. But he just might be the one doing the learning as he'll be forced to acknowledge that sometimes the most combustible elements aren't the ones you control, but sometimes the ones you don't. 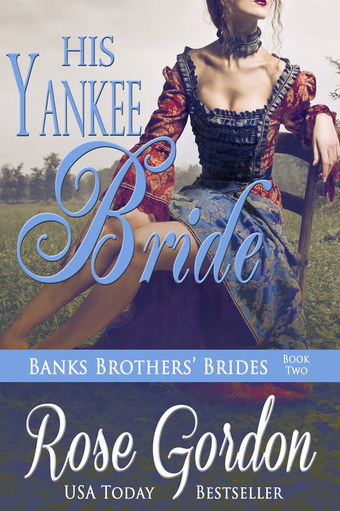 At nineteen John Banks decides to board a ship bound for America—oblivious of who he'll find when he arrives.

Having grown up on a large indigo plantation, the expressive and possibly overdramatic, Carolina Ellis can hardly wait to see what the gentlemen of Charleston will be like. But alas, they were not what she'd been hoping for. Ball after ball and dance after dance, Carolina is disappointed time and again.

Then she sees him...

Boston and Philadelphia held no appeal to John, so on a suggestion from a friend, he headed south to the booming town of Charleston, South Carolina. Not meaning to become the center of attention, John becomes exactly that when he walks right into the largest social event of the year dressed like nothing more than a poor drifter.


So what is a penniless man to do when in such a situation? The only thing he can do: rely on his sense of humor to extinguish the tension.

Immediately, Carolina takes a shine to this unusual man and his equally unusual humor and is determined she will do whatever it takes to marry him—Southern aristocracy be damned. 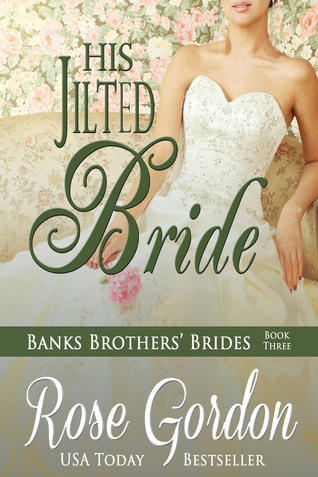 It's her wedding day and there is no groom in sight. But why should Amelia Brice be surprised? Hiram, Lord Friar is known for having no gentleman's honor to speak of and his jilting her on their wedding day makes it official.

Elijah Banks cannot allow his childhood friend to continue to be shamed this way. It's been almost an hour past the time when the wedding was to start, and that bounder still hasn't shown up. Unable to sit still a second longer, Elijah does the only thing that seems logical from where he stands: kidnap the bride and marry her himself in order to escape this scandal with one far more forgiving for a young lady's reputation.

The only trouble is, she has a secret...but so does he; hers is big...but his is bigger. 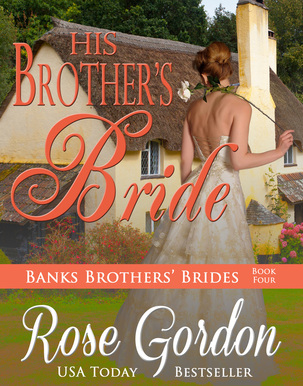 Upon opening the door to his home, Henry Banks is stunned. First, he’s greeted by a woman he never expected to see on this side of the ocean. Second, she’s just handed him a piece of paper that says she’s betrothed to his twin brother Elijah who just so happens to be on his wedding trip. When threatened with a scandal, Henry does the only thing he can think of: pretend he’s Elijah and asks to court her.

Laura Swift doesn’t believe for one second that the twin she’s standing in front of is Elijah. Neither does she care. She’s come to England for one reason: revenge against the Banks family; and it matters not one jot which twin she marries as long as she’s granted an introduction to their extended family.

While Henry must struggle to keep from exposing either his identity or his heart, it’s Laura who stands to lose the most; and when the opportunity presents itself to exact her revenge, she must decide if it's revenge she’s longed for, or the love of a good man, because even she knows she cannot have both.